Since crashing at the Manx GP in August, Royce has been on the slow road to recovery in both Liverpool initially and then back on the Isle of Man. Finally, after getting the green light to fly a fortnight ago, Royce and mum, Debbie completed the long-haul flight from the UK back to Australia. 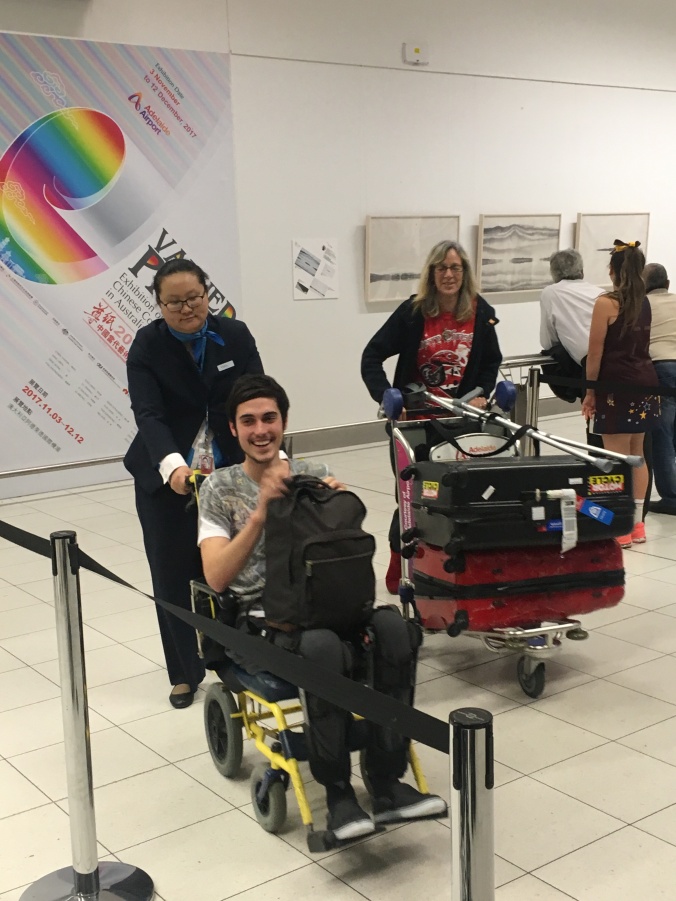 PIC: Royce and mum, Debbie arriving back in Adelaide

Technically, it was Douglas, IOM to Adelaide, Australia, but there were a few stops in between. Starting with a short jump across the channel to Manchester, the pair then had a connecting flight in Dubai before heading straight for home. It wasn’t all bad, as due to Royce’s injury he had to fly business class for the leg room… with Debbie scoring a ticket too as his carer. Not having to mingle with riff-raff, the two were left to enjoy their champagne and smoked salmon in peace. 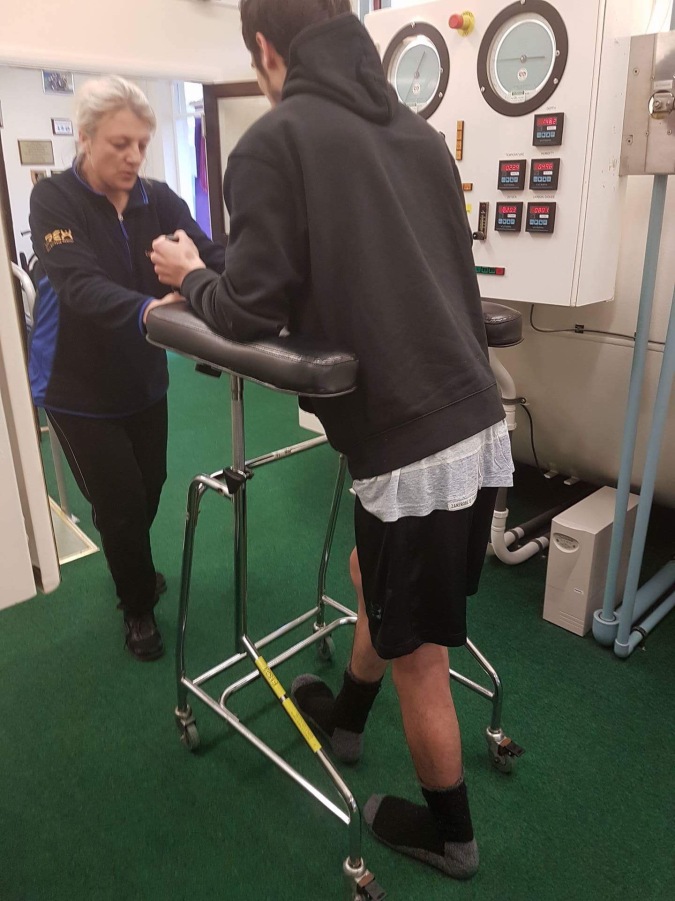 PIC: While on the Isle of Man, Royce’s progress was hugely assisted by Cath Davis

Now back on home soil, Royce will begin seeking medical prescriptions and advice locally, aiming to begin physio at SPORTSMED (a renowned bone, joint and muscle facility in South Australia) as soon as possible. All going well, he will be out of the wheelchair in a month or so and on crutches. He can already walk a short distance on crutches and bend over 90 degrees at both knees.

The wrist is also coming along surprisingly well after such a bad break, with movement getting close to a full recovery – the most important recovery as it’s Royce’s throttle hand. 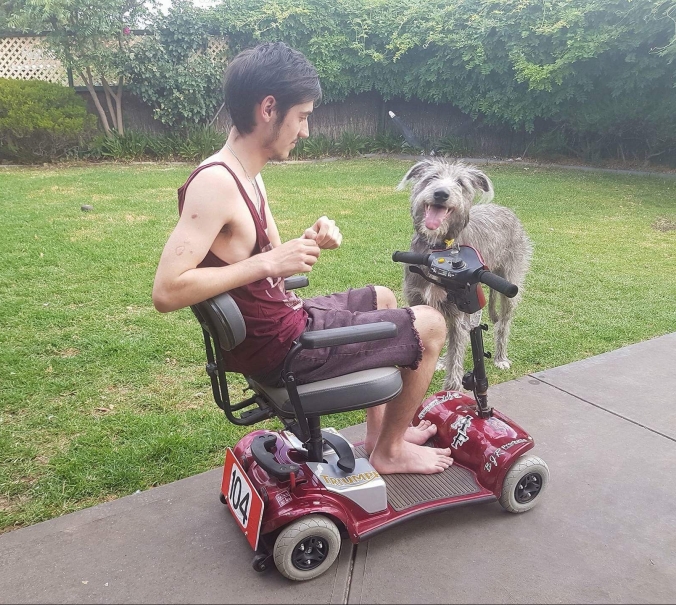 Royce had this to say after landing, “I’m finally home!

“If I had to be stranded anywhere other than home, I think the Isle of Man would have to be pretty up there in places to be.

“Apart from the weather, it was great having motorcycle enthusiasts surround me during the recovery. Being reunited with family and friends back home has been great and so we start the next part of my journey to full health.

“I will be starting physio here as I come into the last few weeks of partial weight bearing and then it will just be a matter of building up enough strength to… get back on the bike.

“Thanks everyone for the support, we’re making good progress. Cheers!”