After making waves on the international road racing scene, the Rowe Racing team has returned to a warm welcome back in Oz. With the fantastic results being bandied around social media and local racing websites, both rider and team have been inundated with queries from friends and fans. So much so, national motorcycle magazine Australian Motorcycle News (AMCN), currently the highest selling motorcycle magazine in Australia, asked to take the Brian Rosser built Ducati for a spin!

After a long wait for the bikes to return via shipping container, AMCN Road Test Editor Paul Young met the team on Monday to fang the Manx 650 Ducati around Mount Gambier’s Mac Park. Youngy lapped up the fortunate situation of an open racetrack in beautiful weather – just in time, as South Australia heads into another 40°C heatwave this week. To aid the test, the team brought along the 696 Ducati to help Youngy compare the modifications between the two that started life identical. 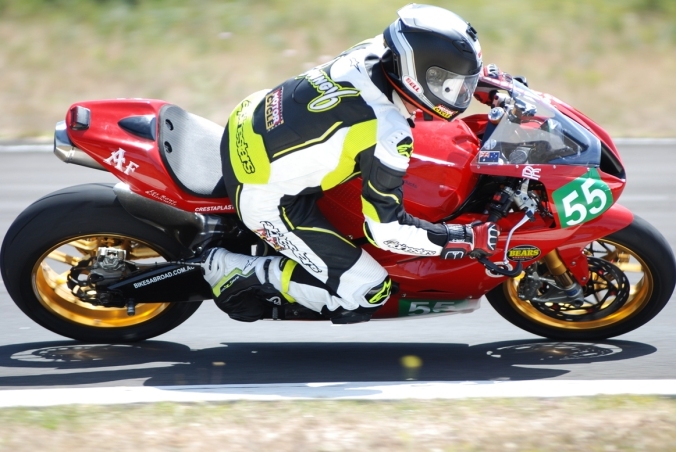 Dubbed as the world’s fastest LAMS bike, Youngy couldn’t get enough of the Manx 650. He was impressed with the race bike-like handling and speed coming out of what you would expect to be a much tamer destroked, air-cooled Monster. It was a very similar reaction to what the team received in the Isle of Man from the racers on-board liquid-cooled Kawasakis – the typical machine used in Supertwin racing. 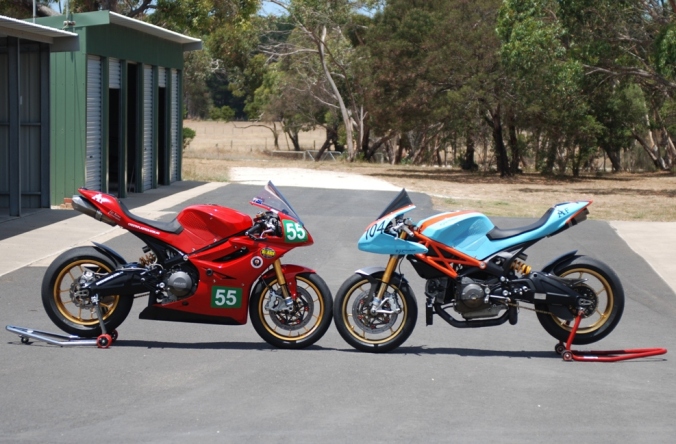 Coming along for the ride was veteran motoring journalist Hamish Cooper. Taking interest in the bike that survived one of the toughest races in the world, Hamish will be co-writing the story with Youngy for AMCN. Focusing primarily on the bike’s ins-and-outs, as well as Royce’s impressive results, the story will be published in AMCN early next year. 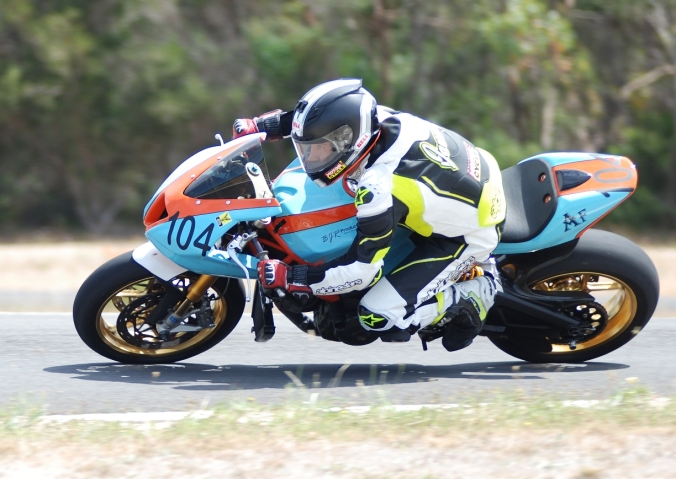 As for the Rowe Racing Team, our next big event on the calendar is an invitation to the international Sound of Thunder meeting held by the New Zealand BEARS Motorcycle Racing Club. Held in Christchurch, New Zealand, the Ruapuna Raceway will come alive with the sound of exotic engines from all over the world on the 27-28 February weekend next year.

Now that the team knows the Manx 650 can withstand 600km of extreme racing, it’s time for Brian to start tinkering away looking for improvements ready for next year. Royce has begun training and mum Debbie has begun worrying, so all is set for another gutsy attempt!

Check back for updates on the Sound of Thunder event and enjoy a fantastic festive season.