After a dreary Monday spent twiddling our thumbs to hear the inevitable cancellation of practice, the team were excited to see Tuesday had provided good weather – overcast all day but no rain.

The Lightweight/Junior/Senior practice had been reduced from two laps to one after Monday’s schedule was moved to Tuesday. The Newcomer’s race was also shortened, so our lap was scheduled for 7.40 pm.

This would at least allow the team to test the changes they had made to fuelling and suspension. More than one lap to gauge the changes was really necessary, but the team decided they could work around it.

PIC: Royce taking in some advice from the legendary ‘Milky’ Quayle

Unfortunately, there was an incident in the Newcomers race which halted procedures. As the light started to disappear, the team were told practice would not go ahead due to the long delays. Because of this, the team have had to make some educated guesses and Royce won’t see how the bike handles until the Junior race tomorrow (Wednesday) morning.

One thing the team could do was test the pit lane limiter, which was conducted on the road in front of Ballacain Cottages where we’re staying. Marshall Les was stationed at one end of the road and Marshall Pete at the other, making it reasonably safe and able to stop cars when Royce was doing the runs. The team also practiced pit stops, an area they excelled in last year thanks to some innovative fuel cap engineering. 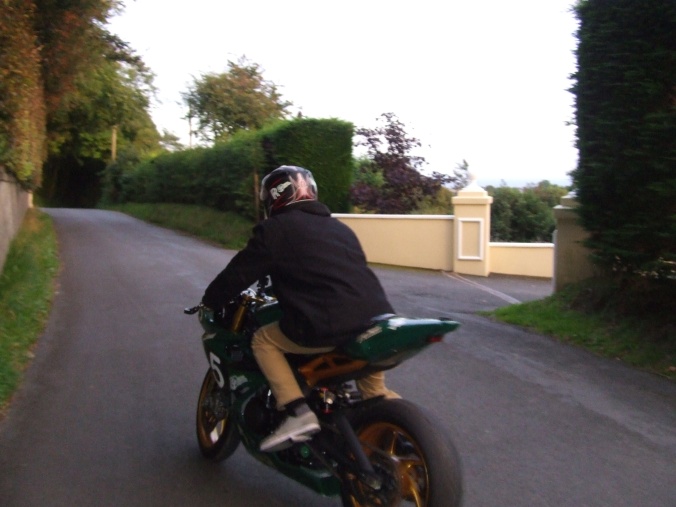 PIC: Royce testing the pit limiter on country roads – competitors are actually allowed to ride their race machines an hour before and after race time… fantastic!

The team is hoping for good weather and a reasonably well-handling bike. The Manx GP always provides a bit of a rollercoaster ride for competitors, so fingers crossed it’s our day to go up tomorrow. 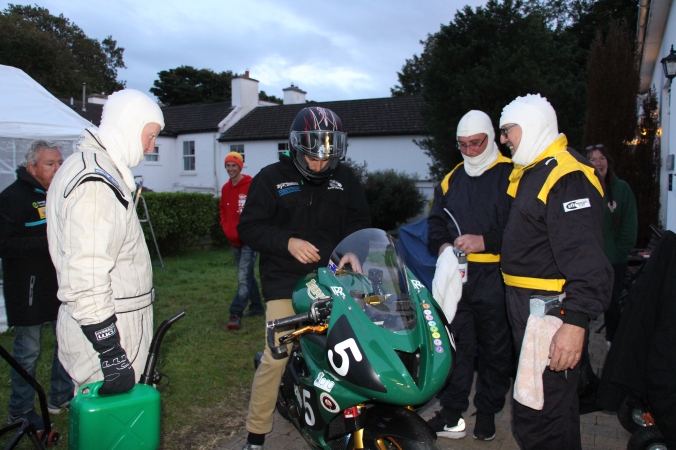 2 thoughts on “Ready and Waiting”