After a seven-month hiatus from racing, Royce has showed a strong return to form over the weekend by claiming seven out of eight race wins.

In his first meeting back since the infamous Manx GP crash, Royce’s times began to drop from the very first session. The Easter Cup at Mac Park, Mount Gambier, is a shared round between BEARS, one of our fantastic sponsors, and the SA Titles. 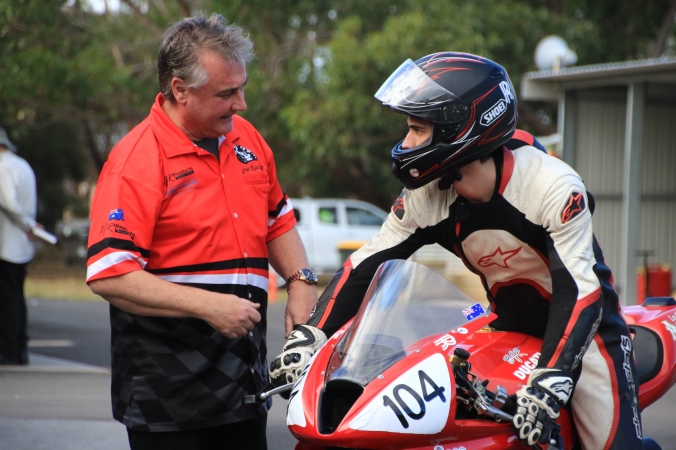 PIC: The bike was behaving just how Royce left it (Credit: Glen Hand)

Royce was contesting both the Limited and Bears F3 class on board the BJR 650 Ducati. After a successful Friday practice, Royce set about securing pole for the F3 class and second on the grid in Limited.

The first Limited race on Saturday run under great weather and a strong field. Dicing throughout the six laps, Royce managed to overtake tough competitor Kev Stephens on the final lap to claim victory. Excitedly returning to the pits, the team were ecstatic to see Royce claim a win on his first race back from injury. 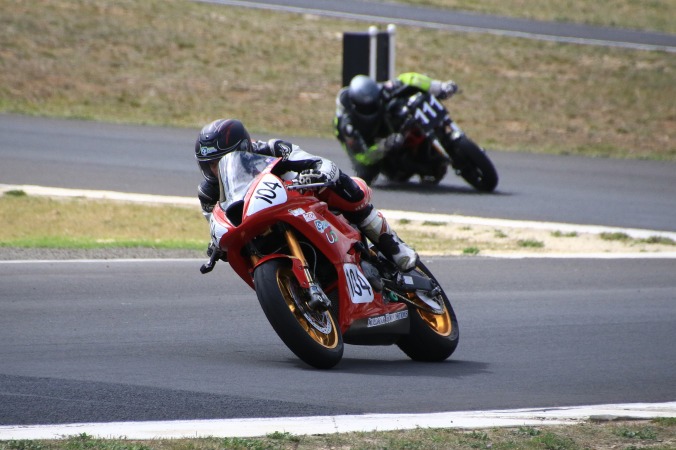 PIC: Royce enjoyed his time back at the front (Credit: Glen Hand)

This dominant performance continued over the weekend, with Royce taking all four wins in the Limited class.

In the F3 class, Royce had some great battles with good friend and Manx GP compatriot Paul van der Heiden who was also riding a BJR Ducati. Royce managed to secure three wins and a second in the final race after his gear lever unfortunately snapped. 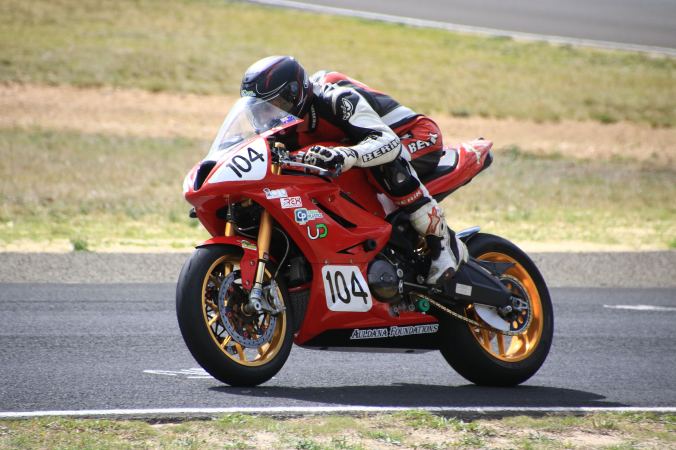 PIC: The Ducati was singing all weekend! (Credit: Glen Hand)

Seven out of eight ain’t bad! Royce also got to within half a second of his personal best time at Mac Park. Although he assured the team he was only going to ease back into things this weekend, we all knew he’d have a serious crack!

The entire weekend ran like clockwork and it was great to encounter so many people giving their well-wishes to Royce on his recovery. 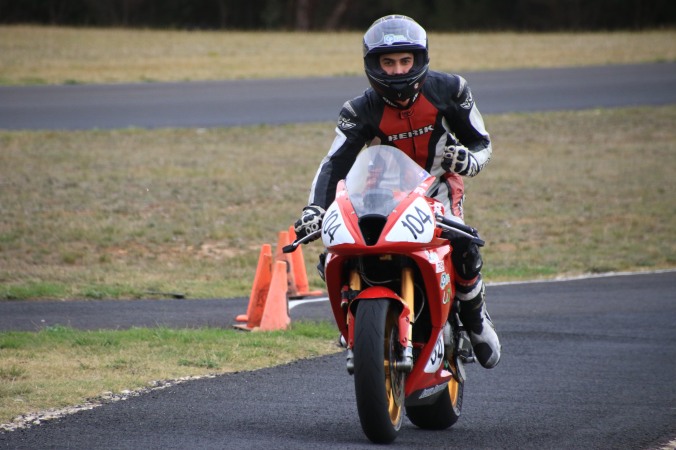 After a great weekend, Royce had this to say: “To be finally back on the bike made me a little nervous but very excited!

The knees prevented me from hanging off the bike the way I normally would and I was pretty sore whilst out on the bike but just being out there more and getting race fit will help with time.

Easing back into racing, once I started to get in a groove I really wanted to push and go faster – especially dicing back and forth for first position definitely made me want to go quicker.

I had some great fun with Kev and Paul out on track. Getting my lap times half a second away from my lap record was also a confidence boost. Once I get some screws taken out of my knee I should be able to take right-handers a bit easier as it’s restricting me a fair bit at the moment.

It was great to see all my racing buddies out at the track that I hadn’t seen in so long. Thanks heaps to everyone that’s supported me to get back on the bike and to all the sponsors that are helping me get back on track.

Thanks to Brian and Dad for helping on the weekend and Leonard and Uncle Glen. Also Mac Park and the BEARS for a great weekend racing. Can’t wait for the next outing and to give the Triumph the berries!” 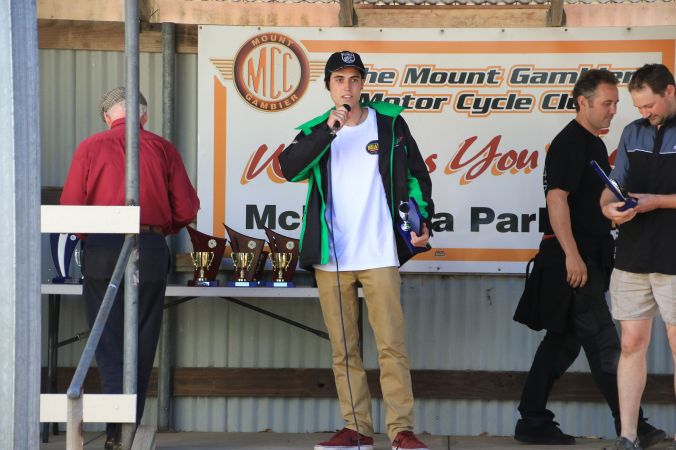 Looking ahead, he will be going in for surgery this month to remove some protruding bolts in the right knee. Given it’s a minor surgery, the recovery should be fairly quick. And then, with a properly functioning knee again, he might just find that extra half a second!

5 thoughts on “From pole to pole”