After a tedious two days of twiddling his thumbs, Royce finally got the chance to hit the track for a flying lap tonight. The pit crew have become well rehearsed in wheeling the Ducati to the starters gates before being turned back, so everything was set and well organised to make the most of the hot lap. 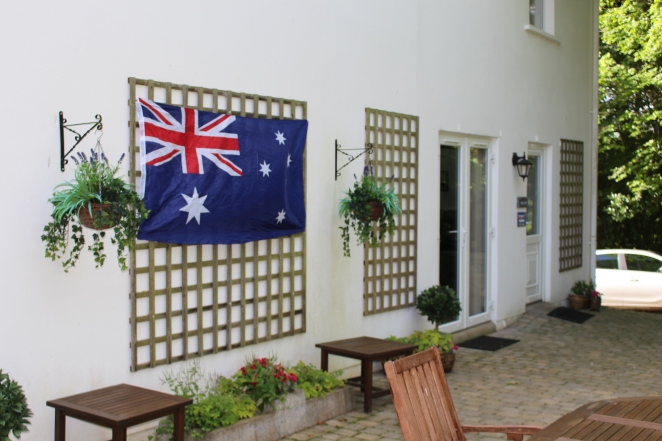 Pic: Our home away from home

Royce certainly made the most of his time out there, clocking a 94 mph lap – the fifth fastest in his Newcomers B Group. You can read about the rest of the newcomers results here: http://roadracingnews.co.uk/manx-grand-prix-2015-newcomers-impress-during-thursday-night-practice/.
Royce was obviously stoked with his results and had this to say:

“After a few frustrating days of cancelled practice, it was great to get out for my third lap around the track on the Ducati. With better gearing, the bike was able to get into 6th gear and feel a bit better on the long straights. Everything was starting to string together with only one little ‘moment’ around Brandywell after going in a bit too tight which sent me out wide. I found this particular gutter can work as a berm but after a small heart attack, I don’t really wanna test any others. I was surprised to see my lap as a 94 mph lap but I’m over the moon with still plenty to give and plenty to learn.”

Pic: Royce passing the Railway Inn at Union Mills
When not in the pits, Royce has either been watching on-board footage or going for laps during the day on his road legal Suzuki GSX-R600. All of this is in the hope of making the track feel like second nature to him – a tough task for a 37.733 mile course against locals who commute the roads every day. 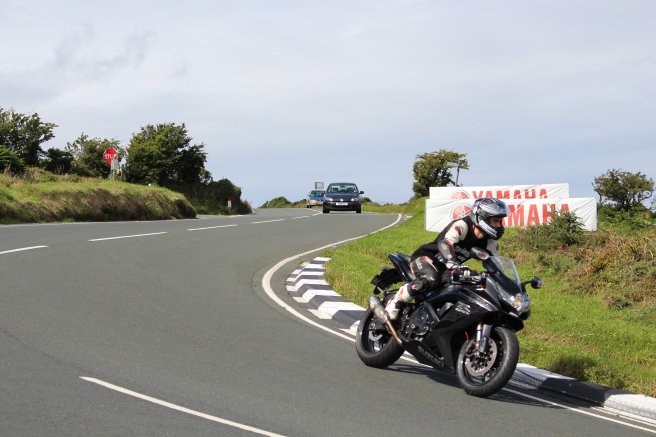 With weather permitting, Royce has his next practice scheduled for Friday night, again on Saturday afternoon, then a lengthy final practice on Monday. No racing is permitted on the holy day, so Tuesday will see Royce finally lose the fluro-orange Newcomer vest to mix it with the big boys. Royce will be sporting number 58 for the Newcomers race, which although includes all groups, is basically three races-in-one for Newcomer Groups A, B and C. Royce then swaps to number 55 for his one and only Supertwins race on Wednesday. Onwards and upwards from here!

2 thoughts on “Good things come to those who wait”