Perfect conditions faced the Rowe Racing Team on Friday night for the last weekday practice. After a successful previous night’s practice, Royce jumped on-board the Ducati with his nerves replaced by a bold determination. 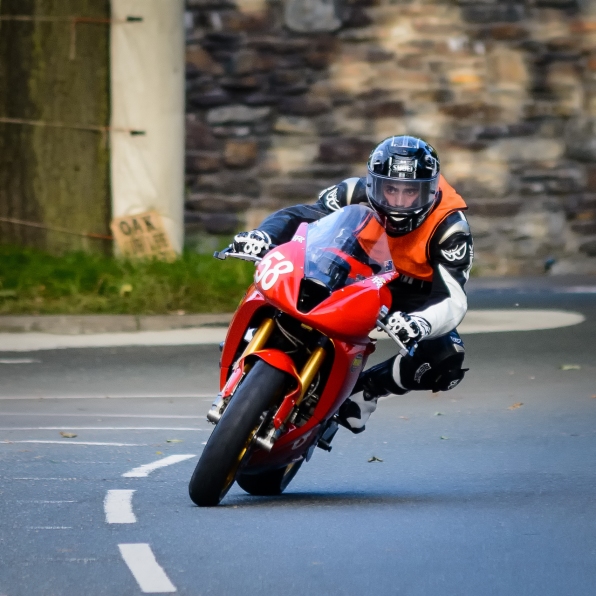 The team scrambled to gain front position for practice out of parc ferme, having to allow the Classics enter the track first, while Royce’s group of Newcomers were let out last. So although the session began at 6.20pm, Royce didn’t leave the line until at least 6.40pm.
Managing to find a nice groove and less crowded group, Royce posted a 97 mph lap from a standing start – three miles per-hour faster than yesterday’s flying lap. The preparation had paid off, as Royce came into his element and posted a 99 mph lap on his second time around the mountain course.

Pic: The Ducati being put through its paces

Hoping to squeeze one more lap in, Royce pulled through the pits to re-fuel with only one minute left before the practice was to be red-flagged. The crew put their practice into action and pushed Royce out with seconds to spare.
He returned to the paddock with a 97 mph lap, setting a very respectable average over the hour session. The main positive to take out of the day was Royce’s guaranteed qualification into next weeks races. He has not only put together enough laps, but his times are also well beyond the cut off.
Tomorrow sees the team head out for practice at 7pm – a long wait in the paddock with racing beginning earlier than usual at 12 noon.

One thought on “Pieces of the puzzle falling into place”