After a tedious wait over the weekend, the team finally got the chance to hit the road tonight. Getting up bright and early we had our doubts, with rain and fog still covering the island but by lunch the sun was out drying the roads. By mid-arvo the clouds had disappeared and the mountain was bathed in sunshine – it was so clear the Motherland was visible across the Irish Sea.

PIC: Even the cats are brave on the Island

Our second rider Paul headed out for his first ever sighting lap, followed by Royce on his GSX-R600 in the Junior/Senior category. He managed to squeeze in two laps, his first ever on a 600cc machine. His first from a standing start clocked in at 107.7mph, with the second falling much lower. This was due to Royce having to nurse the Suzuki back home for almost half of the second lap after feeling some minor issues poking their head through. The bike has never seen a test like this, so we were expecting some small niggles to pop up. Luckily Brian is up for the challenge. 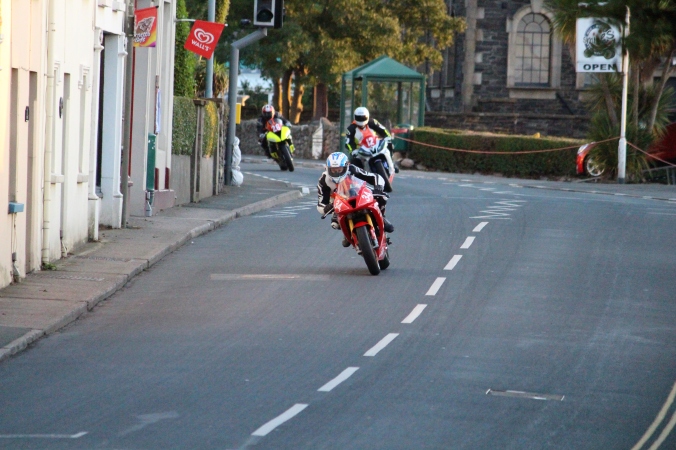 PIC: Team rider Paul on his first ever flying lap

The Supertwins practice was straight after the Junior/Senior, so with Royce realising he would only fit the single lap in anyway, he took a five minute breather before heading out on old faithful. Obviously enjoying being back in his element, Royce clocked a 104.6mph lap, slotting him in as fifth fastest. It’s early days yet, but getting back to similar times he posted last year is a great sign. Royce said, “Finally after waiting for what seemed to be an eternity since the last time I rode round the Isle of Man, I got to set off Bray Hill throttle pinned.
I was out first on the Suzuki, and being my first time round the track on this particular beast, I’ve got a lot to go to tame it. My first impressions on the 600 was, I couldn’t imagine what this is like on a 1000! There was a lot of wrestling with the bike as the front was light most of the time going over bumps wanting to lift up. With corners coming up a lot quicker I had to be on the ball straight away after a year away from the track. Half way through the second lap, the bike started to lose power whilst full throttle, this proved to be rather annoying, so I had to nurse the bike back in, not being able to pull over because I had my Ducati session waiting for me. Brian has a feeling it’s got to do with the fueling so we shall have a look at that tomorrow.
The Ducati went swimmingly and felt strong, I only got 1 lap on it so I can’t wait to get back out there.” 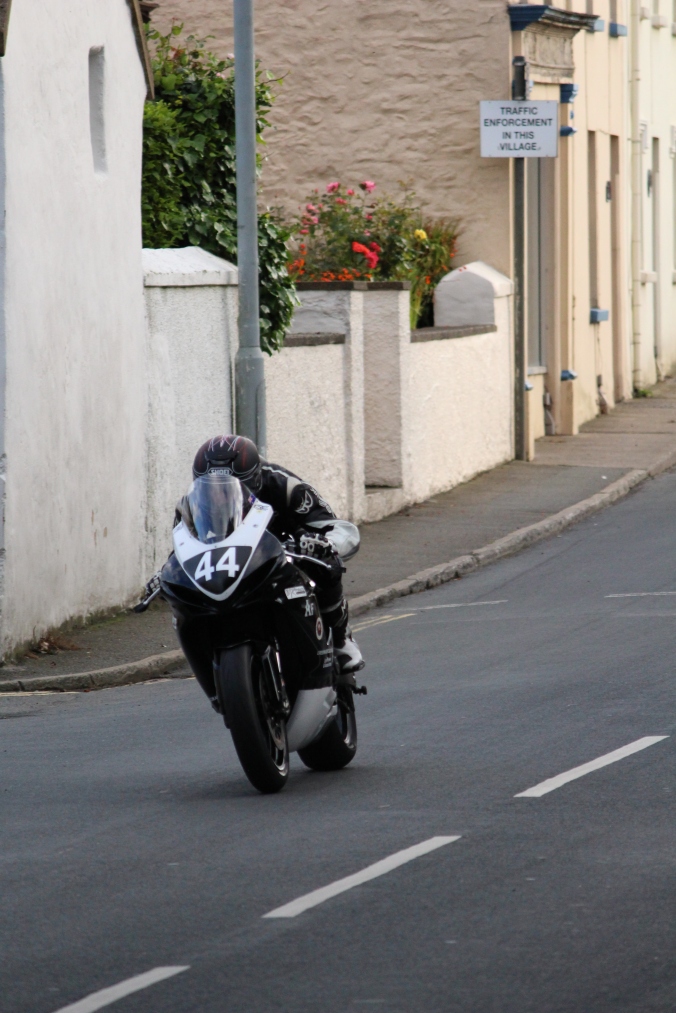 PIC: Royce powering through Kirk Michael on the Suzuki

Tomorrow sees us complete the same format of practice. The day itself will be spent going through a safety checklist on each bike and trying to diagnose the Suzuki’s niggle.

4 thoughts on “On the road again”