It was always going to be a hectic day, but we feel the team really did perform and could not be prouder of what we have achieved. With racing scheduled for 10.15am, the team were up bright and early to get down to the track for technical inspection (scrutineering). Much to Royce’s disgust, who is lucky to see the AM most mornings, the organisers delayed the start by an hour to let the overnight rain have a better chance of drying. We headed down anyway, before being informed of another half hour postponement. To be fair, this was better for the riders and for us in terms of getting all three bikes through tech inspection ready for the day’s racing – if it had of been running on time, we would have needed helpers to push through the Ducati’s while the pit crew serviced Royce in the Junior race.

PIC: Royce setting off on the Junior
.
Heading out for the Junior, Royce was tentative but keen. This was his first crack at the Junior class aboard the Suzuki 600 as our entry was knocked back last year. With a field of over 80 riders, Royce set off at number 29 – a much better position than his original number of 44, giving him less traffic to contend with. He set off full of determination for his four lap venture, on a basically stock bike. His pit stop was flawless – the three lads did there job to a tee! Royce set off and was noticeably faster every lap.

PIC: We may have to start charging for signatures to fund our next trip
.
Sitting around 14th on his second lap, after the pit stop he bolstered himself to 12th. Third lap he was down to 10th, and crossing the line for the final time he secured eighth with a total race time of 1hr19m17.141s. His best lap time was a 114.2mph. Coming into the form up area, the team was ecstatic to hear the results – even Royce was shocked. To be scoring eighth position as a family team from little old Adelaide is a massive achievement and we couldn’t be happier. This also qualifies Royce for a replica trophy at the presentation night as he finished within 110% of the winning race time. 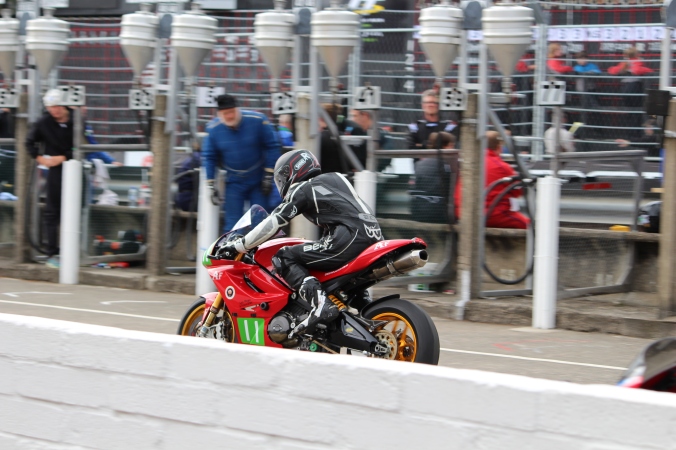 PIC: Royce taking off from his solid pit stop
.
As excited as we were, party mode was quickly subdued as we needed to move our attention to the upcoming Supertwin race. Royce sat down to a sandwich and sports drink, but the pain from the crash last week was starting to show – let alone the demanding physical strength needed to steer a Supersport bike around a huge course for well over an hour. With both Royce and teammate Paul in the same race, the team kept their cool remarkably well to get them both out in time. 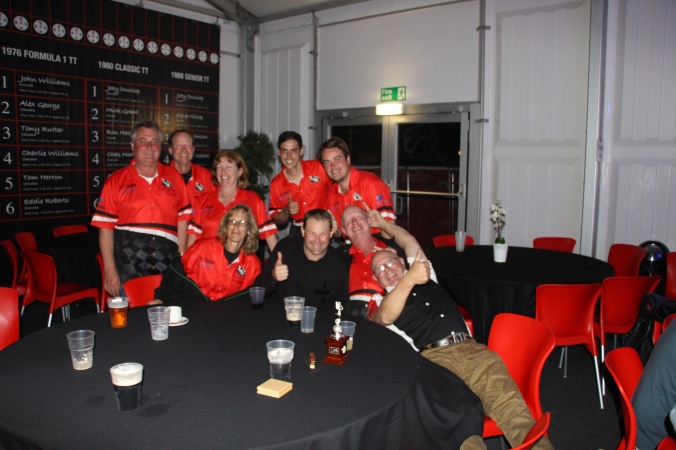 .
Setting off well, Royce knew that the first half of his lap at least needed to be tentative as the new engine wasn’t quite run in properly and his shock had just been repaired, so the bikes stiffness could be slightly different than expected – not hard to gauge when hitting the bottom of Bray Hill at 232km/h. He continued on, pittnig for a great stop again with the organised lads, before battling with a Spanish rider for the rest of the race. Holding a 1.5 second lead for the first three laps, Royce pulled away to take 7th place by over four seconds. 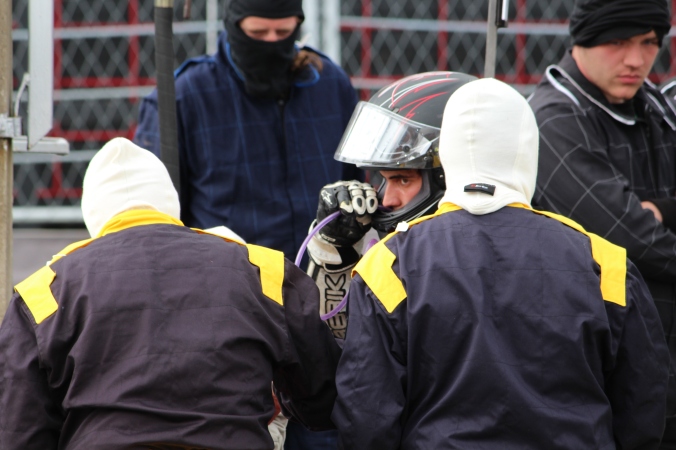 PIC: The team ran a very organised pit stop
.
Royce was stoked with his result. He is used to having a fully prepped circuit bike, so was a bit unsure early on, but it took the team to explain to him how amazing the result was for him to appreciate the finish. Yes, the bike wasn’t 100% like it would be at a local race meet and Royce wasn’t 100% physically either. But, he rode the wheels off it and scored an amazing result. There were teams who finished ahead of us last year who didn’t even make the top ten, or broke down all together, such is the harsh reality of the Isle of Man circuit. 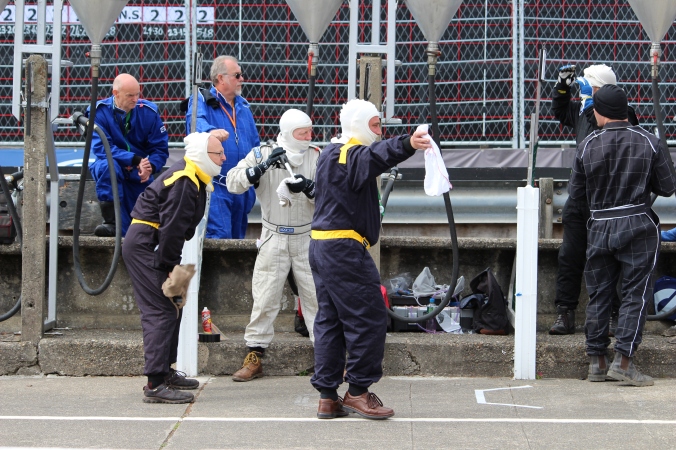 PIC: The ultimate pit crew in action
.
The fact Royce made it through the race alive and the bike survived is out of this world There are not too many air-cooled machines that come away from the Isle of Man in one piece. Ducati builder and owner Brian Rosser has worked his magic all this week to get Royce back on track after his horror crash. Everything that could have gone wrong has and the only reason we competed this week was becauase of the hard work and long hours committed by Brian and Locky.

PIC: Royce and Les on their way to a big day ahead

.
The team went along to the Newcomers gathering to congratulate Paul in winning the Newcomers B race. We all enjoyed carrying him down the pathway on board the traditional Manx GP wheelbarrow (Photos to follow). The event was great, especially when Royce went up for a dance with the Race Secretary. We all drank our team’s share of Guinness and as we left the local bartenders took a sigh of relief, knowing we wouldn’t be back until Friday. The Senior takes off Friday morning, so we will have an update for the fans then – potentially uploaded from the OKell’s beer tent.