The Rowe Racing Team has landed in the Isle of Man after enduring the now annual long-haul flight. After great results in the 2016 Manx GP, Royce and co are attempting to really make their mark on the International Road Racing scene.

The Official Manx GP website has already underlined Royce as a serious competitor for both the Junior and Senior races this year in the festival pre-amble, not to mention the Supertwins class the team thrive in back home.

PIC: The three bikes ready to be tucked in

Preparations began months ago with the team working together in order to get the bikes and gear packed into steal crates on time. Although being a very stressful exercise, all five managed to land safely in the Isle of Man.

PIC: Everything but the kitchen sink!

With the race bikes somewhere over the Indian Ocean, there wasn’t much for the team to do in the gap between licking the stamps and flying out themselves. Not ones to rest on their laurels though, a final run before the Isle of Man was undertaken last weekend at a cold, windy and deserted Mallala on the BJR Ducati 1000. 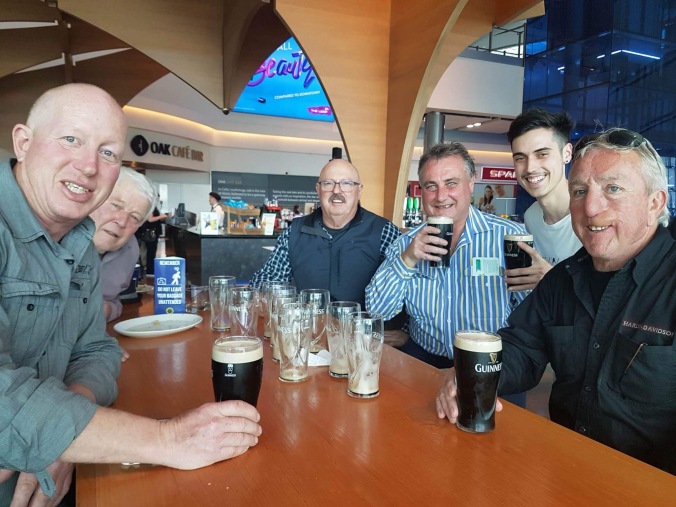 PIC: The only pit stop the team take their time getting through

After an uneventful flight, apart from the usual visit to the Guinness Bar in Dublin Airport, the team landed and began the less stressful task of unpacking. After last year’s incident of struggling to replace parts after a crash, the team packed everything but the kitchen sink.

PIC: With torrential rain forecast, Royce had an open track for the day – and miraculously no rain!

Some fared better than others in the game that is international travel, with Team Principal Les left waiting at the baggage collection for a suitcase that never showed. Three days in the same clothes wasn’t ideal, so luckily a local op-shop in Onchan provided a solution. The lost suitcase finally arrived this afternoon and the substitute t-shirt was promptly thrown into the fire. The team laptop was also inside the case. On return, Royce was relieved to get back into watching on-board footage of the track, analysing RPM mapping and nightly cat videos to help him fall asleep. 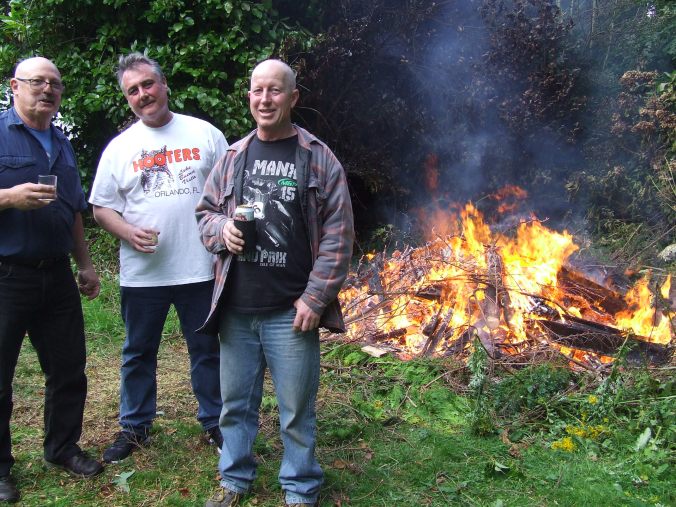 PIC: Our pre-race fire ceremony to appease the road Gods – Les’ t-shirt being the sacrifice

The team is now settled into Ballacain – the cottages we have used each year in the county of Onchan. Now, the team can get to work on preparing the bikes for our first outing this Saturday. All the bikes will be taken to a local dyno tomorrow in an attempt to tune them in a bit better as time ran out to do so at home. The dyno is used by TT legend Dave Molyneux, so we have no doubts the results will be top class. 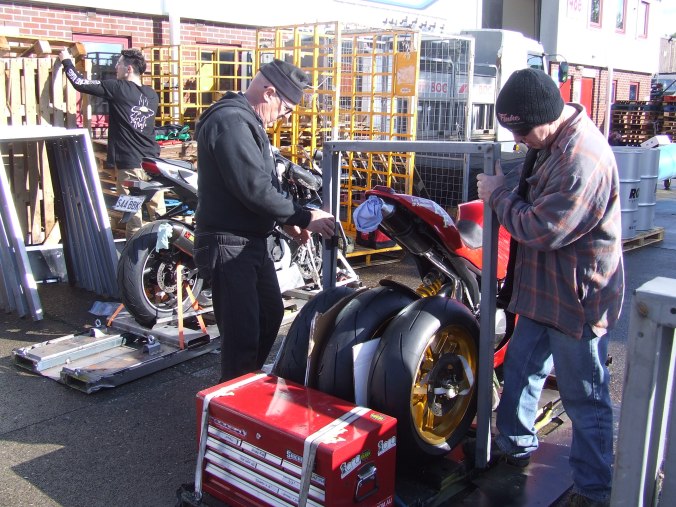 While things are quiet, Royce has taken the opportunity to get out on the public roads aboard his ex-supersport Suzuki. Being such a tough track to memorise, any chance riders get to follow the course is valuable. 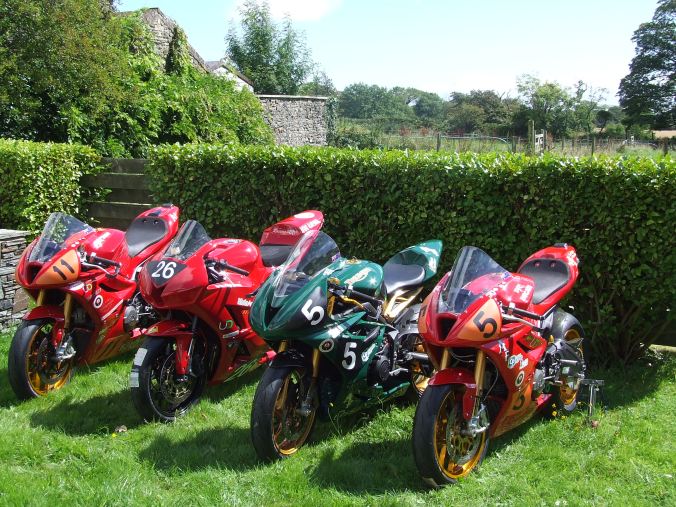 PIC: The Rowe Racing entourage for 2017

Keep an eye out in the coming days for further updates on preparation developments and a ‘How-To’ guide on the best ways to keep track of the racing.

5 thoughts on “Third time’s a charm”