The team spent most of yesterday at a dyno, being helped by ‘Slick’, who works alongside TT Sidecar legend Dave Molyneux. Slick was Carl Fogarty’s mechanic back in the day, so it’s good to know we’re working alongside some extremely experienced individuals. The dyno-tuning went well and the team were able to put some final touches on the bikes which weren’t made in time before crating up. 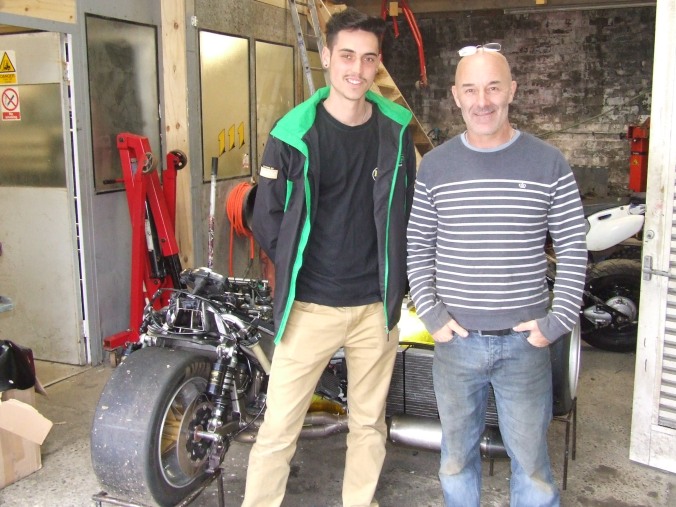 Their workshop is just past Ramsey, a well-known town on the Island. It’s situated on an old World War Two airfield, which is just one of the many World War heritage sites across the IOM. Both Dave and Slick were very friendly and helpful, and the team truly appreciate their assistance. It can be difficult finding your way in a foreign land, but the locals have been nothing but fantastic each year.

The team didn’t have much time for anything else, apart from driving all the way to the other end of the Island to see our friend Andy at Ballasalla to get oil. Once again, Andy is just another example of a local who has been super helpful over the years and is part of the reason our team runs like a well-oiled machine… pardon the pun. 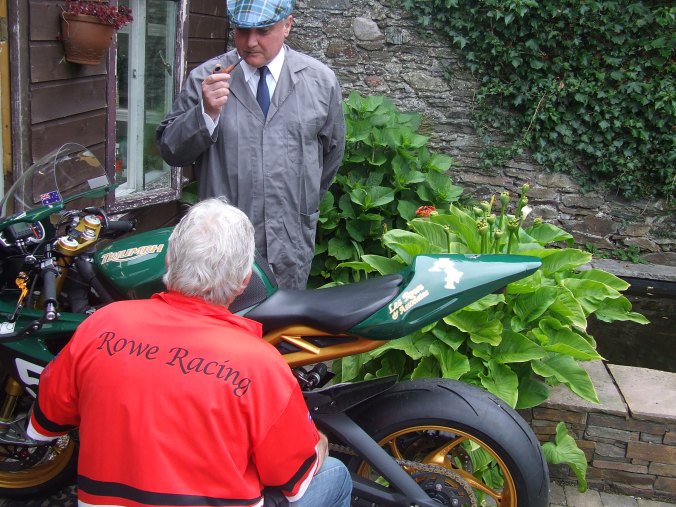 PIC: Works Race-Department manager supervises preparation of the motorcycles on the Isle of Man

Today is sign on day, so the team will busily be attending rider’s briefings and having the bikes/riding gear checked over. Being such a serious race, machines are scrutineered before every session. 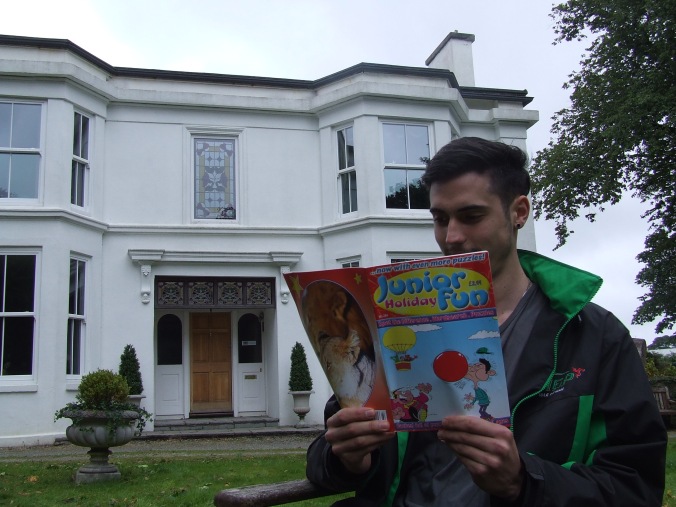 PIC: Our top rider enjoying some down time at Ballacain Cottages

Practice starts tomorrow (Saturday) but the weather forecast isn’t good, so we may not be able to start. As we have found over the past two years, the inclement weather is impossible to judge and we just have to roll with the punches.

Practice will continue in the evenings for the following week, then a final practice session is held on the Monday of race week. The Junior, which Royce will contest onboard the Triumph, is on Wednesday, August 30, at 10.15am IOM time.

The Super Twins race has been revamped for this year and will now be incorporated in the Lightweight race. This really opens the floodgates to potential winners, so the first few sessions will be very intriguing. The Lightweight will also take place on Wednesday, but after the Junior at 1.15pm IOM time.

The crescendo of the Manx GP, the famous Senior race, will be run on Friday, September 1, at 10.15am IOM time. The Isle of Man runs nine hours behind Eastern Standard Time (EST). So, the Senior will be run at a prime time of 7.15pm EST.

The local radio station will be broadcasting the races, so tune in to http://www.manxradio.com/on-air/manx-radio-tt/ if you’d like to listen live. For live timing, a website will be activated soon, so keep an eye out on here for more details as this will show practice and race times.

Before the festival begins, you have a chance to read up on the competition. Road Racing News, the UK’s premier road racing website, has compiled a preview on the three races the team will be featuring in (click the links below). Royce made the cover photo for the Junior/Senior write-up, providing a nice buzz in the Rowe Racing Team garage.

2 thoughts on “Locked and Loaded”