As mentioned in the last post, all teams signed in before first practice Saturday. It’s all done by officials on computers, checking FIM International Licence, Start Permission and other paperwork. It’s a very well organised and streamlined process.

PIC: Royce signing on for the Manx GP

Before the first practice, we were lucky enough to have a visit from photographer Tracey Killey. She runs a Facebook site called Tracey’s Pictures and is out on track every session getting fantastic snaps of all the riders. She’s a great friend of the team and if you’re on The Facebook, have a look at her spectacular work. The shots she got of Royce and the two race bikes at our Ballacain Cottage accommodation came out great!

After the long wait all year, it was finally time to hit the start line on Saturday evening for first practice. There unfortunately was an hour and a quarter delay as cars had been left on the road after road closure and they had to get recovery vehicles to remove them when the owners couldn’t be found. One was at the Bungalow and the recovery vehicle got stuck, so a recovery vehicle had to be sent to recover the recovery vehicle. 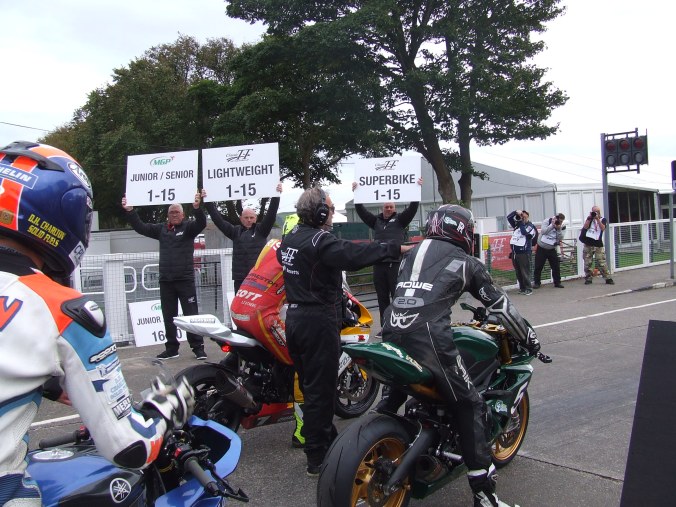 PIC: Royce about to set off for the first time this year

This shortened practice so we only got one lap on the Triumph and two on the Ducati.

Practice nearly didn’t start at all as they were short 200 marshalls. A call went out over Manx Radio for help and enough people volunteered including the two Debs from Rowe Racing who were stationed at Ballagarey!

PIC: The two Debs volunteered to marshall during Saturday’s practice

The first lap on the Triumph highlighted the lost testing time we had in Australia. The bike was quick – 170mph on our telemetry. The problem is in the handling as Royce is struggling to control it at high speed over the bumpy circuit. 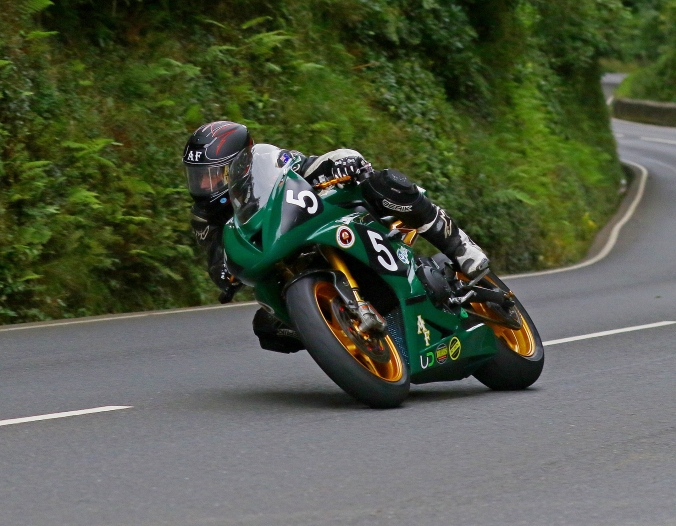 PIC: Royce on board the Triumph during Junior/Senior practice (Credit: Tracey’s Pictures)

Even so, on first lap out from a standing start he recorded a 112mph lap. We’ll be working hard to try to improve the handling.

The Ducati ran well but traffic was a factor in keeping the times down, with a best lap of 108mph.

Sunday was a rest day, with the team heading out for a traditional English roast dinner (lunch). The hope is to be back on track today (Monday) for evening practice but the weather forecast is not favourable. All classes have practice scheduled for each night this week, giving us an opportunity to fine tune both bikes for next week’s races.

With Deb Lock now on the Island, snapper Tracey Killey on track and the team’s own roving reporter/tech guru Debbie Rowe on the ground, we’ll have plenty of great pictures to share in the coming weeks.