With all surgeries complete, Royce now begins the long road of recovery. While the staff at Aintree University Hospital have been fantastic, Royce has been moved back to Noble’s Hospital on the Isle of Man.

Taken by plane, similar to Australia’s Royal Flying Doctor Service, it was just a short flight to the Isle. Currently, the UK has a virus spreading through hospitals, so Royce has been given his own room just in case – which he’s obviously not complaining about! 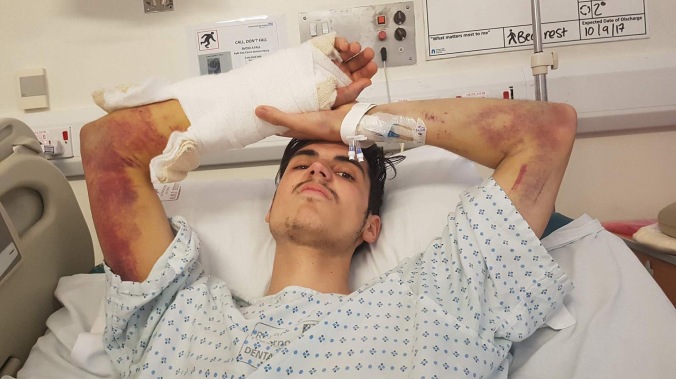 PIC: While his arms and legs are beaten-up, Royce was very lucky not to sustain head or spinal injuries

While the short flight was do-able, Royce can still not bear wait on his legs, so the risk of a blood-clot while on a flight back to Australia is far too high. The next month of recovery will involve purely resting up and basic exercises, before then beginning the next stage of rehab – upping movement and pushing to get muscles moving again.

Mother, Debbie took the ferry back over to the IOM to stay with Royce. She has been put up by our friends, the Kneens and can’t thank the family enough. The IOM has become a second home over recent years, so both Royce and Deb feel very welcomed and relieved to be back on the Island. 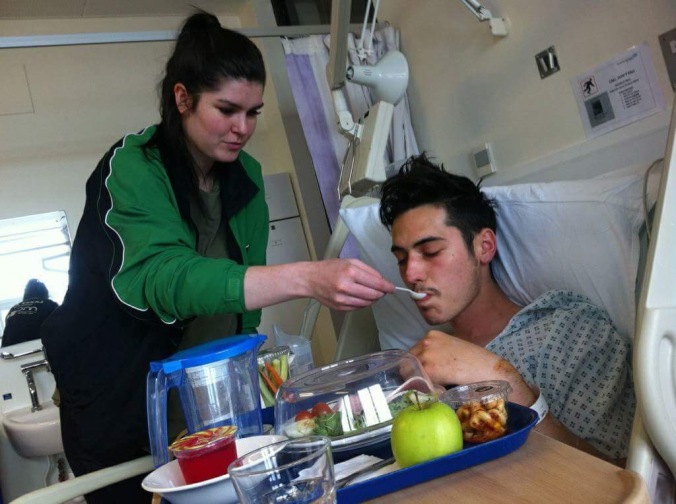 Sadly, both Royce’s partner Beth and Father Les had to fly back home to Adelaide, Australia over the weekend. Beth has been a rock for Royce since the accident and hasn’t left his side. While the initial shock was extremely traumatic, Beth was fantastic in relaying information back home to family members and has since made sure Royce is comforted during a pretty scary time.

There will be slow headway made from here, but keep an eye out for updates on Royce’s progress.

11 thoughts on “Road to Recovery”