After all the hype of the first Manx Saturday, it quickly became a non-event after riders were told at briefing that the weather would be turning from bad to worse this afternoon. The bike itself was still scrutineered with only minor changes to do, although unlike in Australia, the bike will need to be re-scrutineered each time Royce enters the track and his wristband scanned. With today cancelled, Royce will now need to wait until Monday for his first ride – a controlled newcomer lap, then open race-pace for a period of time yet to be decided. With weather looking unpredictable this week, the team has been warned for all kinds of schedule changes.

Although he couldn’t build up on race-pace experience, Royce had the chance to catch up with fellow Croweater Dave ‘DJ’ Johnson who will be competing in the Classic TT that runs in conjunction with the Manx GP. Royce had this to say: 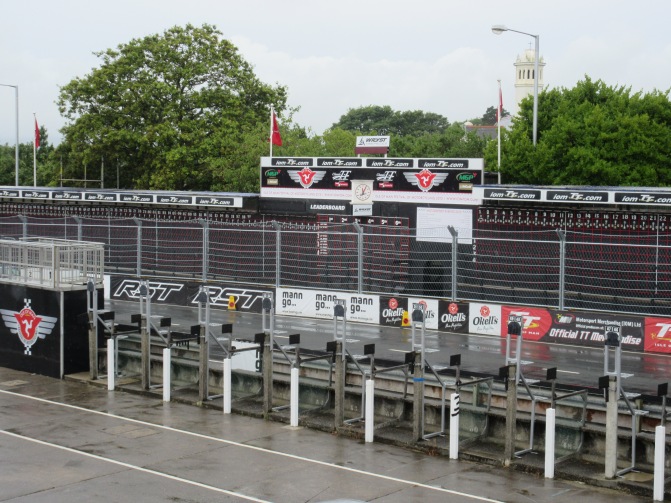 “With riding cancelled, I came across a friendly local face in the form of TT rider Dave Johnson. DJ kindly took me for a lap around the course in his borrowed BMW X5. Apart from trying to find out the cars top speed, he gave me his handy hints on how to handle the 650 around the mountain course. How to set myself up approaching the bottom of Bray Hill, which at a 30 degrees descant and sweeping right hand corner at speeds of around 260km/h an hour shall prove to be ball breaking fun. The deep, random bumps around the course also need to be taken into consideration when deciding which line to take around the corner as the fastest may not be your traditional line. With some instances the fastest line requires you to ride through the bumps and having to ride the bike squatting on the footpegs like a moto-crosser. I learnt a lot but I still have lots to learn.” 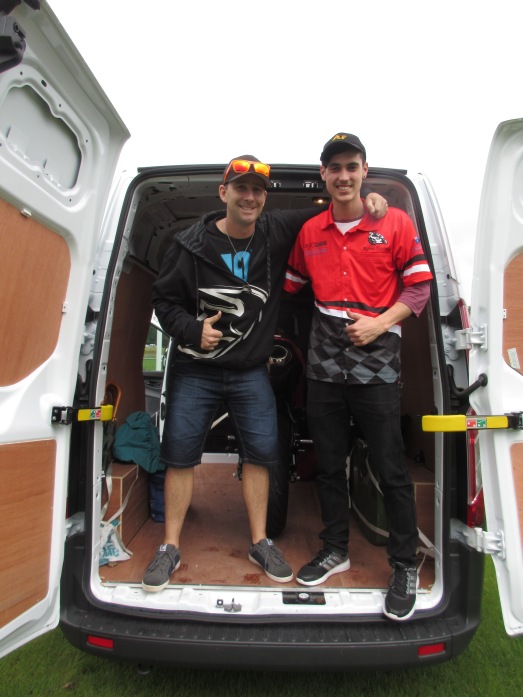