“Racing is living, everything else is just waiting” 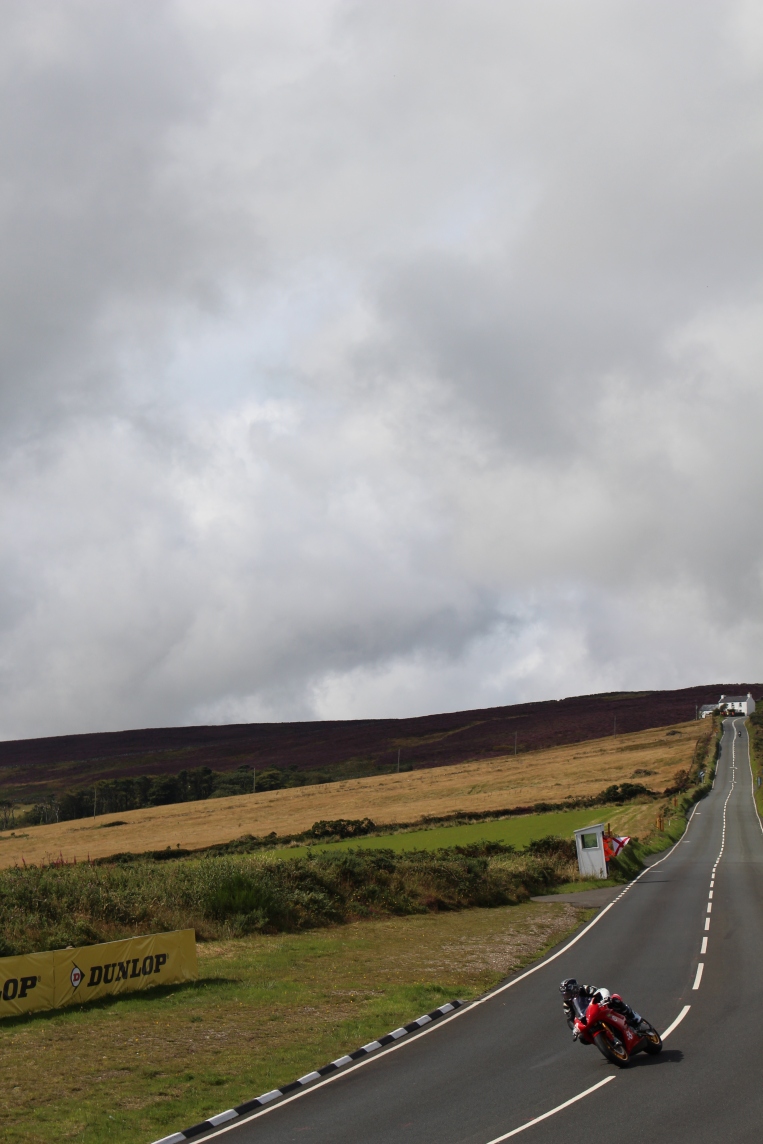 The team awoke to a dreary island morning, a constant drizzle and strong breeze was present at race control – meaning the mountain would be far worse.
With that in mind, race control decided to postpone track closure until 1pm, with the first race taking off at 2pm. Rather than prolong the day with the original order, Royce’s race was lucky enough to be kept at 2pm, with the practice sessions swapped to after his. Royce was ready to contest the Newcomers race, previously a four lap race, but shortened to a three lap venture due to the weather delay. This altered the teams game plan as they were forced to pit for a re-fuel on either the first or second lap. Although all let off together, he was competing in his own group of Newcomers B within the combined race. 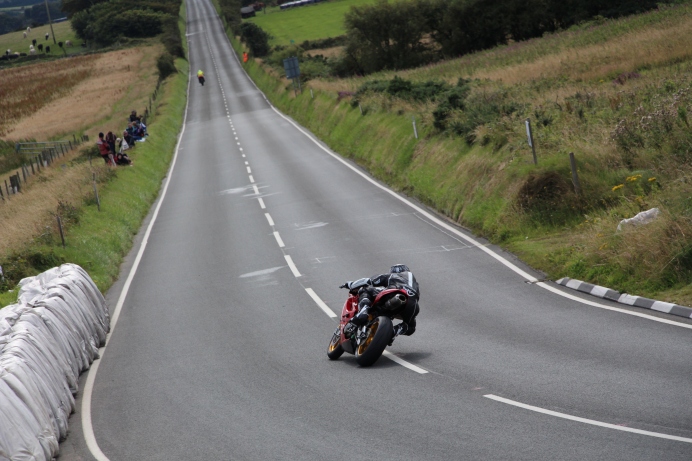 Honing all his circuit racing skills and meticulous preparation for the road race, Royce came out flying with a standing start lap of 102 mph, followed up by a blistering 103.5 mph. Then after the necessary pit stop adding 40 seconds of time, with fatigue setting in, he finished the race with a massive 100.3 mph lap. Obviously pushing hard to make the podium, Royce was chasing down a large gap to third, ending up fourth ahead of three far more experienced riders.
Being ecstatic about the results, Royce had this to say:

“Once the bikes were called to the starting line, we were all lined up in our numbers and being 58 I had about nine and a half minutes until I was to start. I thought that was a long time but after what seemed like 30 seconds, I had the starters’ hand on my shoulder. I got ‘the tap’ to start my descent down Bray Hill. Being a time trial, I had mostly a clear track for my whole race, which left me to concentrate on riding safe; even though you need to strive ahead and want to be number one like back at home on the circuit. Pushing too hard on this track leaves no room for errors, and with only eight laps of experience up my sleeve, I had to ride smart. We had a really good pit stop that the team executed near flawlessly. Coming over the line with the chequered flag I felt great to have finished something I had only dreamed of competing in. To achieve fourth place is just a bonus. I can’t wait for tomorrow’s race and almost feel a little saddened that it will be my last ride on this awesome race track… for now!”

Furthermore to today’s success, the team has been lucky enough to score a new sponsor deal. Using the ‘Sponsor a Newcomer’ Facebook page, Royce uploaded a profile months before setting off on the adventure. While watching the practice from Ballaugh Bridge, the team got talking to a marshal chasing up the rear of the field. He informed us that three generous donators had taken him on as a newcomer with a sponsorship donation in return for stickering their names on the red Duke, along with a prize pack put together by the Manx GP officials. The Mike Hailwood Foundation also decided to help us out, which is much appreciated. We’d also like to thank Glen Dickenson, Keith Edwards and Catherine Long for helping the Rowe Racing Team on this new venture. One of the donators is a good friend of MotoGP legend Kenny Roberts, so a potential Indianapolis start could hopefully be in the mix soon!

In the meantime, Masterchef  of Australian cuisine, Derek Sabey has finally arrived from Oz to cook us all a BBQ to the finest standards – something we’ve all been missing with this pommy weather.
Tune in tomorrow to hear Royce contest the Supertwins race at 1.15pm our time (9.45pm Adelaide time) with the same broadcaster http://www.manxradio.com/on-air/vauxhall-radio-tt/ . Also, if you would like to read up on Royce winning the new ‘Best Presented’ bike award, the local link as is follows: http://www.manxgrandprix.org/News/2015/September/01/Best-bike

4 thoughts on “A fantastic result and learning curve for all”